A Guide to the Isles - The Slate Islands

The Slate Islands consist of several larger and smaller islands, both populated and uninhabited. The main islands are Seil, Easdale Luing, Lunga, Shuna, Torsa and Belnahua. The Slate Islands can be found between Oban in the north and Jura in the south.   Why not explore the stunning Slate Islands on your next Scottish staycation?

Here's our wee insight guide into some of The Slate Islands that we think you should visit; 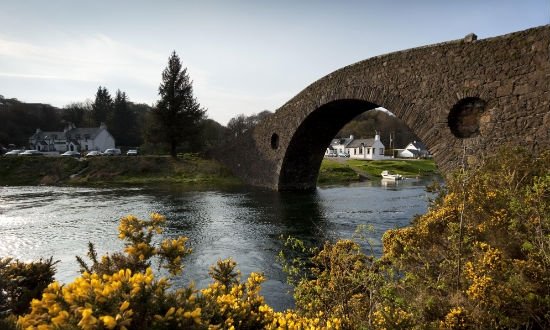 Most people in Seil live in the northern part of the island, the southern part has been extensively quarried. Located in the centre of the island is the former slate-mining village Ellenabeich which is a lovely wee village with a restaurant and beautiful views over the Firth of Lorn. From the small pier the passenger ferry/boat leaves for the neighbouring Isle of Easdale

The village of Ellanbeich is also the place to get a ferry to the neighbouring island of Easdale, put on the map by organising the world stone championships, but it is better known as the centre of the Scottish slate industry for almost three centuries. 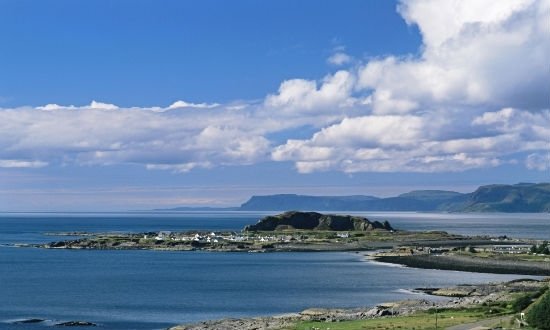 Today the only active quarries are a little more than still and deep pools which provide a safe haven for a wide variety of flora and bird life. The island is home to a folk museum which is owned and operated by Eilean Eisdeal, the Easdale Island community development group.

A ferry at the southern tip of Seil crosses the 200 metres wide and fast flowing Cuan Sound, and connects the island with the isle of Luing, it’s neighbour to the south and not to be confused with Lunga to the west. 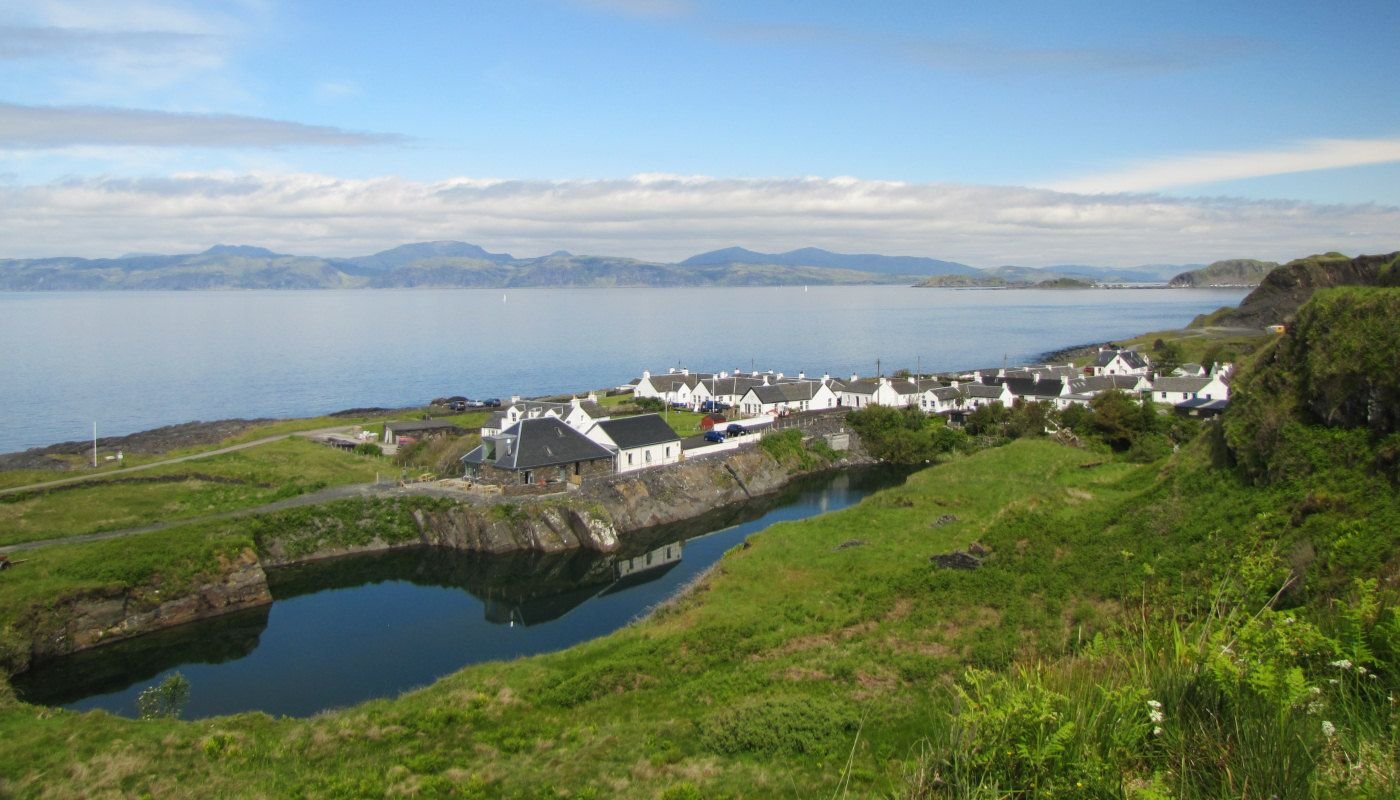 Nowadays tourism, lobster fishing and beef farming are Luings main sources of income. Cullipool is the largest village on Luing and home to the only shop on the island. According to Luings website the island is Argyll’s best kept secret: “The Isle of Luing has changed little over the past two hundred years, with white-washed quarriers cottages, lush pasture and abundant wildlife. Luing is a tranquil paradise, with stunning views to Mull, Scarba, the Garvellachs and the many other small islands that surround it.”

WHAT IS THERE TO DO? 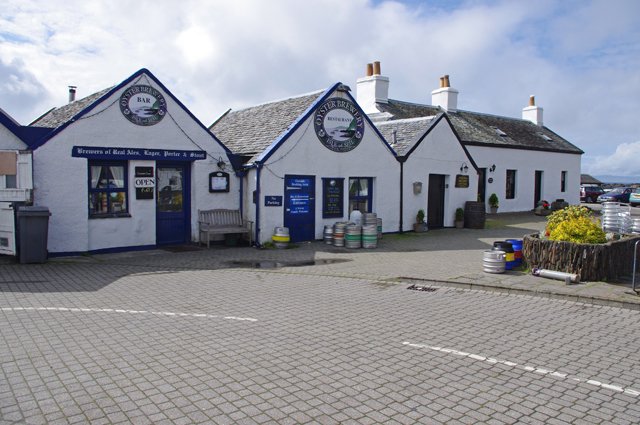 The Oyster Bar & Restaurant is a family run business located in the stunning and historic village of Ellenabeich, Easdale approximately 16 miles south of Oban on the West Coast of Argyll. There’s an outdoor decking area with stunning views or you can sit inside by the fire. 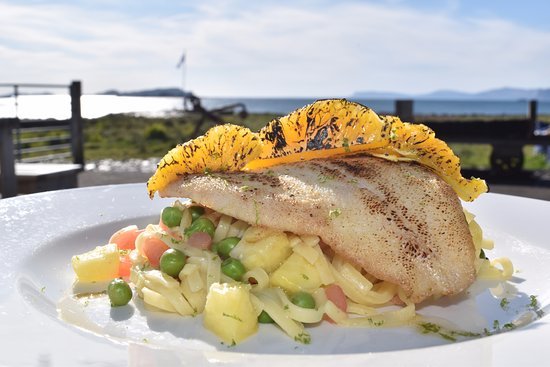 The café at the islands centre is known for its delicious lunches and local seafood. 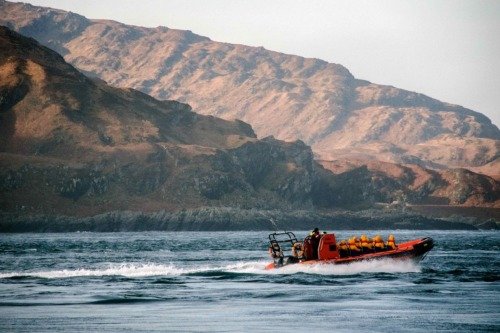 This high speed, water based adventure should be experienced when visiting. 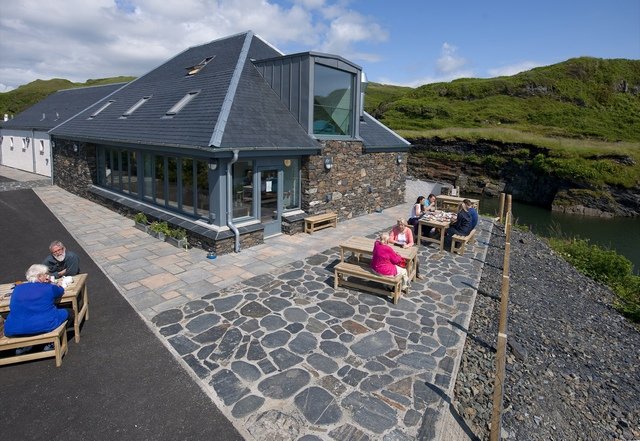 The centre was opened in 2015 after a huge development. The building has been designed to reflect the village’s heritage and the interior is filled with exhibits that cover the islands wildlife, geology and slate industry. 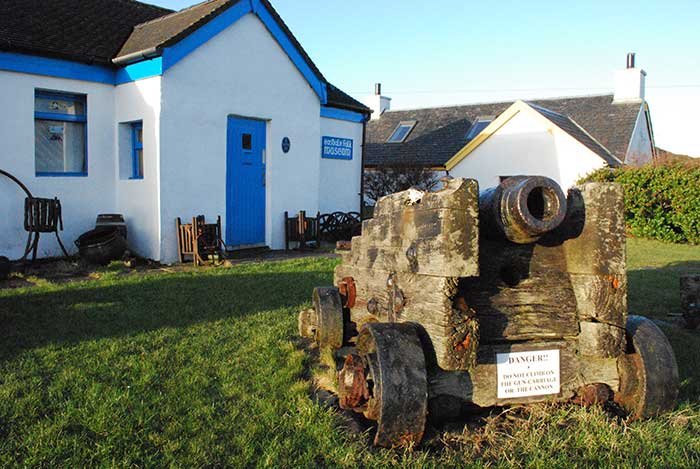 This community run museum is full of insight into the immensely interesting history of these islands.

Book your Staycation now and visit The Slate Islands