10 types of Scottish wildlife to watch out for in 2022

Our holiday parks are set in such scenic locations, they make a great place for wildlife spotting or for the keen photographer! These are some of the characters you might see... and where you might spot them!

Scotland is home to over 75% of the UK’s red squirrel population. Our only native squirrel species they are found in coniferous woods in and around our parks, these agile wee creatures leap around the trees in search of hazelnuts and pinecones to nibble on. Only 120,000 red squirrels remain in Scotland. Saving Scotland's Red Squirrels is working to ensure that the red squirrel population survives and thrives. Look out for our red squirrel mascots Rusty & Rosie next time you’re staying with us! 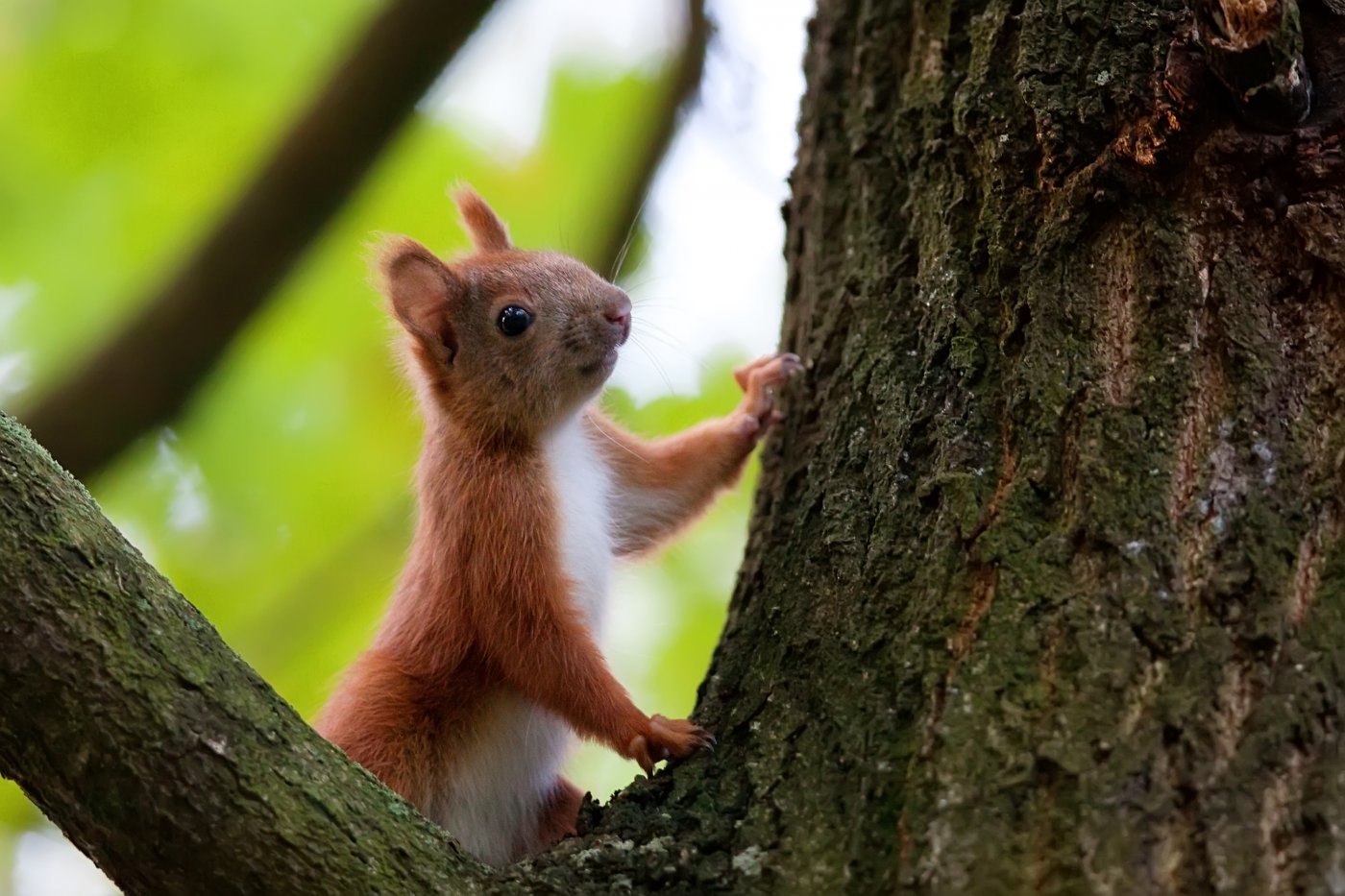 One of Scotland’s most beautiful mammals, it is estimated that there is 3,700 pine marten in Scotland. Members of the weasel family, pine martens prefer to scurry around native woodlands but can also be found on rocky hillsides. Eagle-eyed owners and guests often spot pine marten dodging around Drimsynie Estate Holiday Village and Loch Awe Holiday Park, and Loch Eck Caravan Park.

The red deer is Scotland’s largest deer and can be found grazing on a large variety of vegetation from grass to trees. These animals move freely between open hills and large forests, they tend to grow larger and have a longer life expectancy if they can find shelter in amongst trees. If you listen carefully you might be lucky enough to hear the deep roars of stags echoing around the forest during rutting season from September to October. 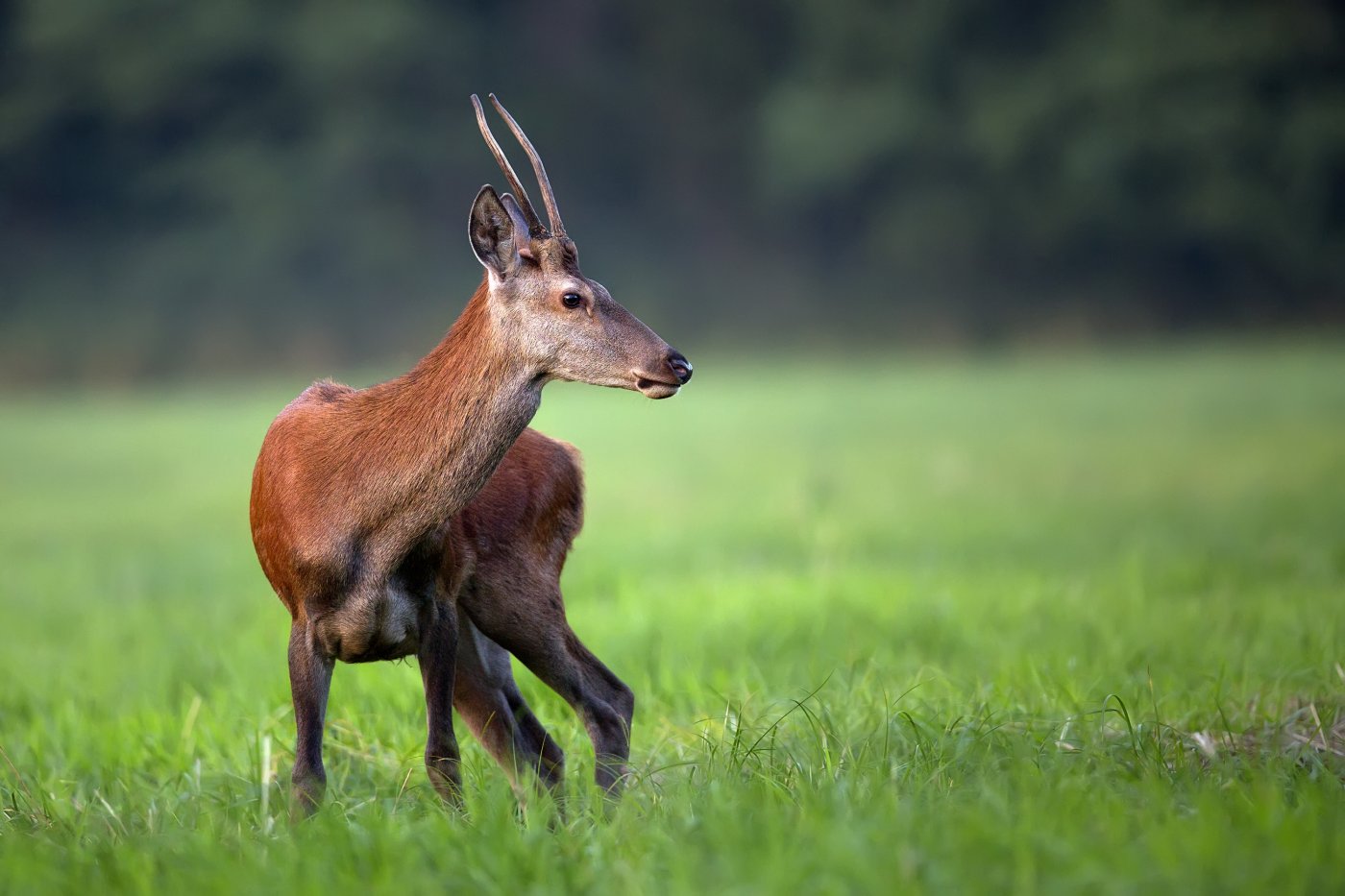 Originally from the Highlands and Outer Hebrides, the iconic highland coo is a Scottish treasure. These wooly, docile beasts can be found munching on grass in fields across Scotland, including the islands. The hair colour of a highland cow can vary from red, black, brown, white and grey. Look out for the highland coos at Drimsynie. 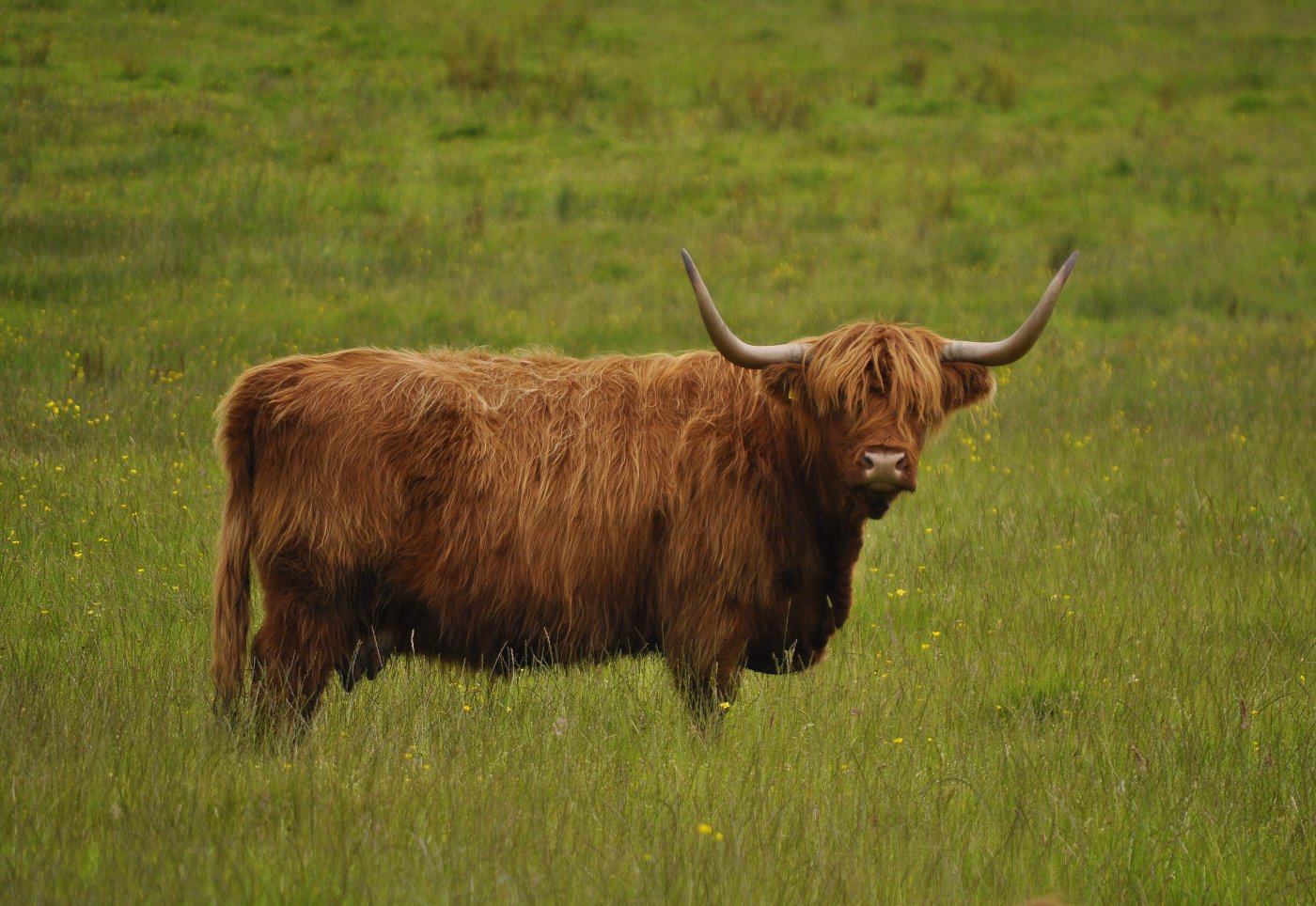 Mainly feeding on fish, crustaceans, waterbirds and amphibians, otters are one of Scotland’s top predators. Their wee webbed feet help them glide through West Coast waters while their thick fur keeps them warm in freezing temperatures. Amazingly, otters are able to close their ears and nose and can hold their breath underwater for over five minutes. Otters have been known to make an appearance at Craignish Point, near Ardfern and have been spotted at Drimsynie Estate and in the loch. Remember a picnic to enjoy as you take in coastal views and wait for the wee creatures to reveal themselves! 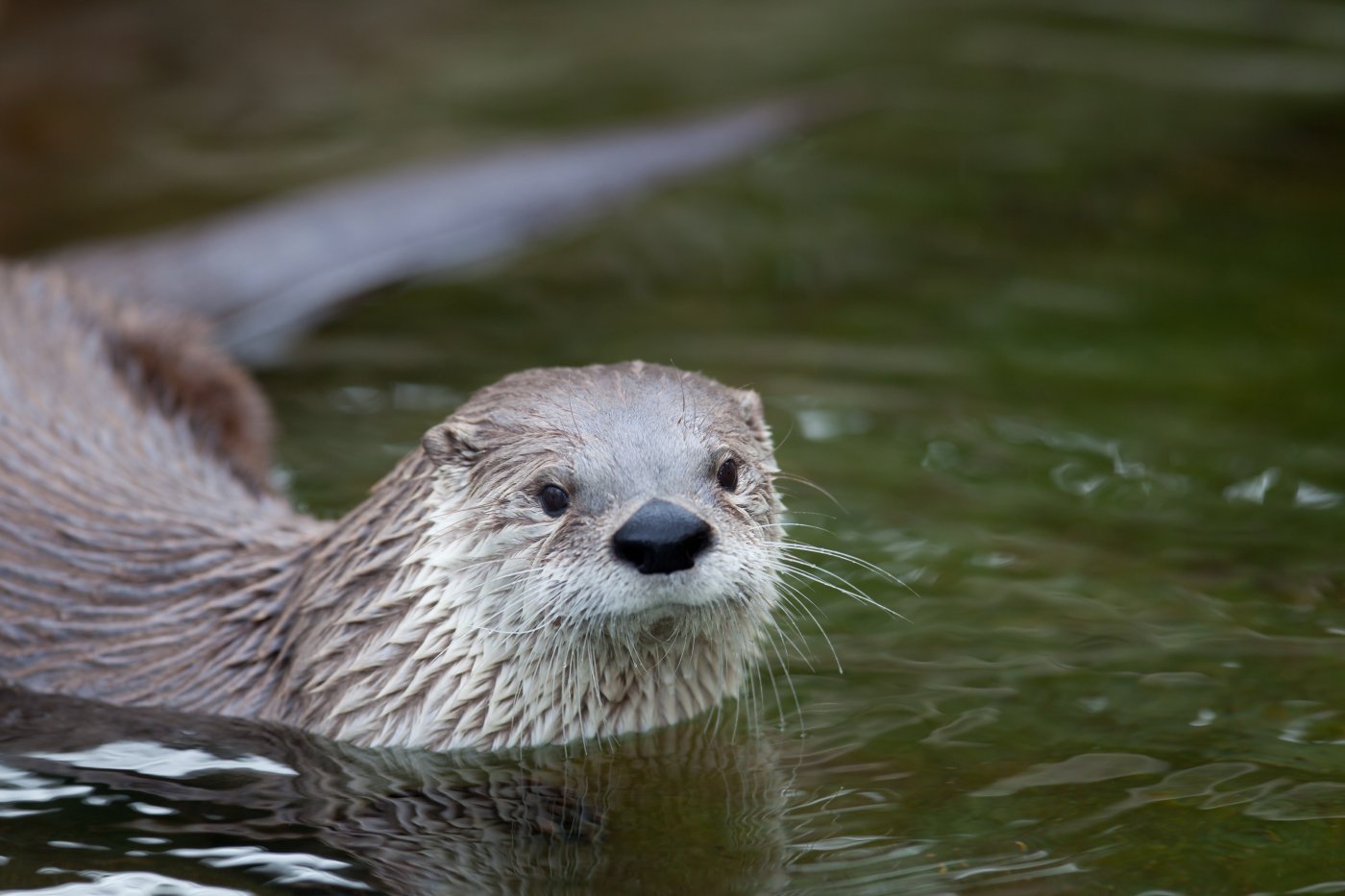 With their long lanky legs, white neck and dagger-shaped beak, the grey heron is one of Scotland’s most recognizable birds. These graceful creatures are usually found near shallow fresh or saltwater waiting patiently for their next meal of fish. Herons are some of the earliest nesters and usually begin to lay their first eggs in February through to the end of March. 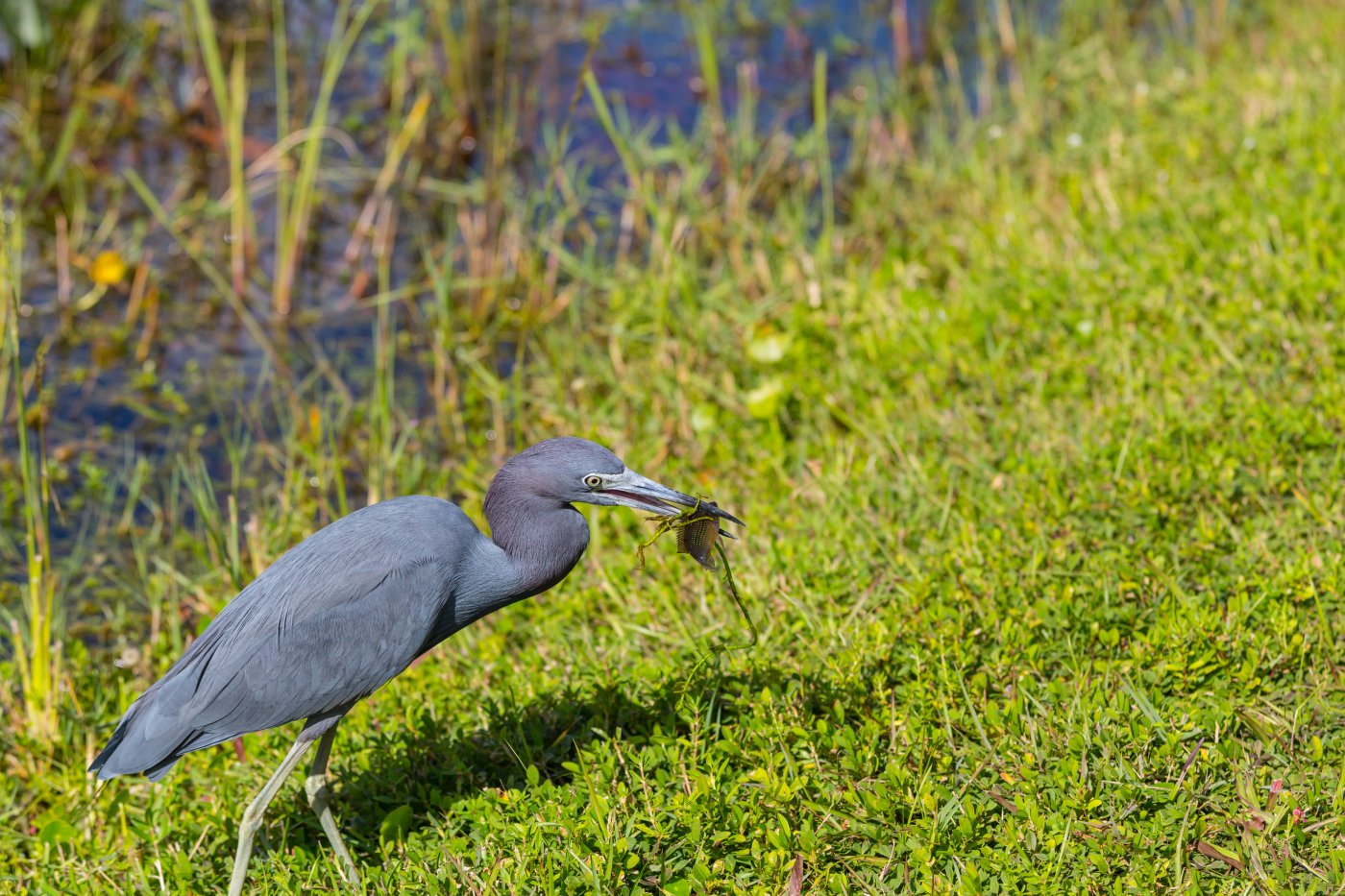 These spiny wee critters can often be found nestled underneath hedges nibbling on vertebrates or cuddled into their cosy nests. The best time to spot a hedgehog in your garden is April – October. Despite being one of Scotland’s most loved creatures, hedgehogs numbers have declined rapidly in the last 20 years. Read our simple ways for us to help hedgehogs. 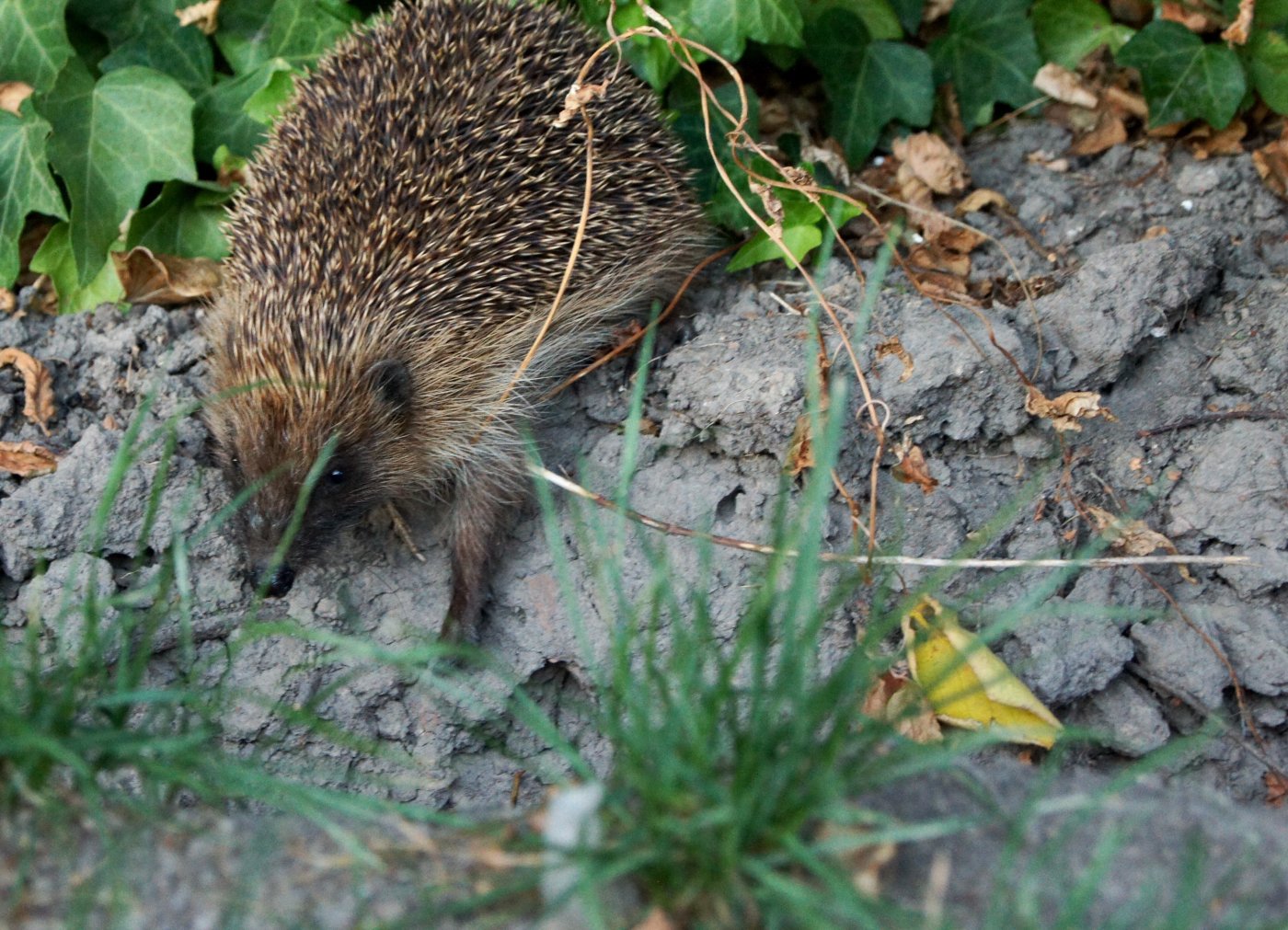 During migration, ospreys can be spotted fishing in large bodies of Scottish water. These black and white birds dive into lochs, stretch their hooked claws and scoop up fish with ease. The Loch Arkaig osprey cam has been sharing footage of breeding ospreys since 2017, allowing viewers to witness these beautiful birds in their natural habitat. With an audience of 400,000, you could say that these animals are Scottish celebrities! 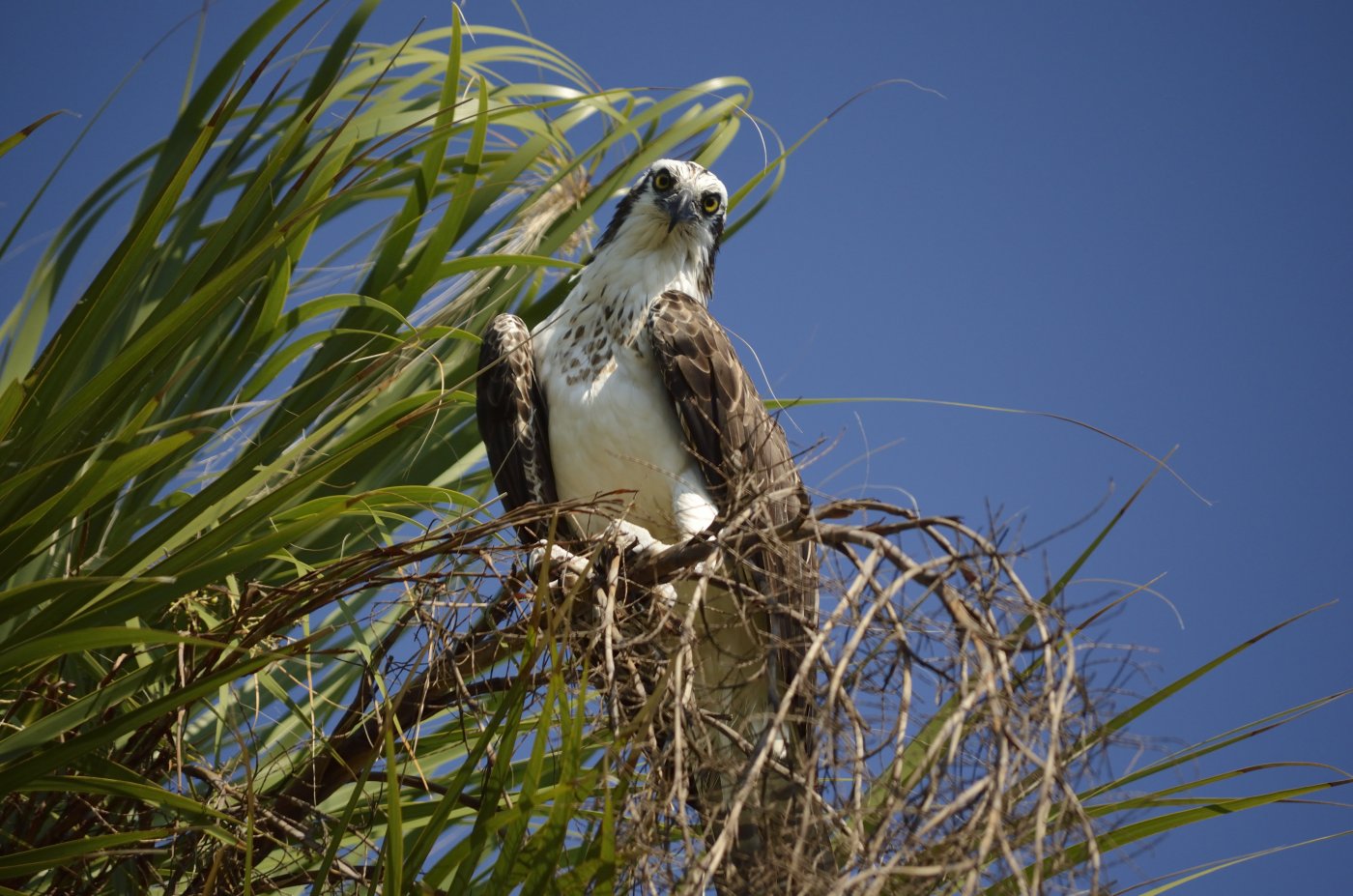 In 2009, beavers were released into Knapdale Forest in the heart of Argyll as part of the Scottish Beaver Trial. These were the first beavers in Scotland in over 400 years after they were hunted to extinction in the 16th century. For those looking to spot these elusive creatures, a wander around Loch Coille-Bharr at dawn or dusk is your best bet. The meandering 5km route takes you past an abandoned settlement and along the tranquil lochside. 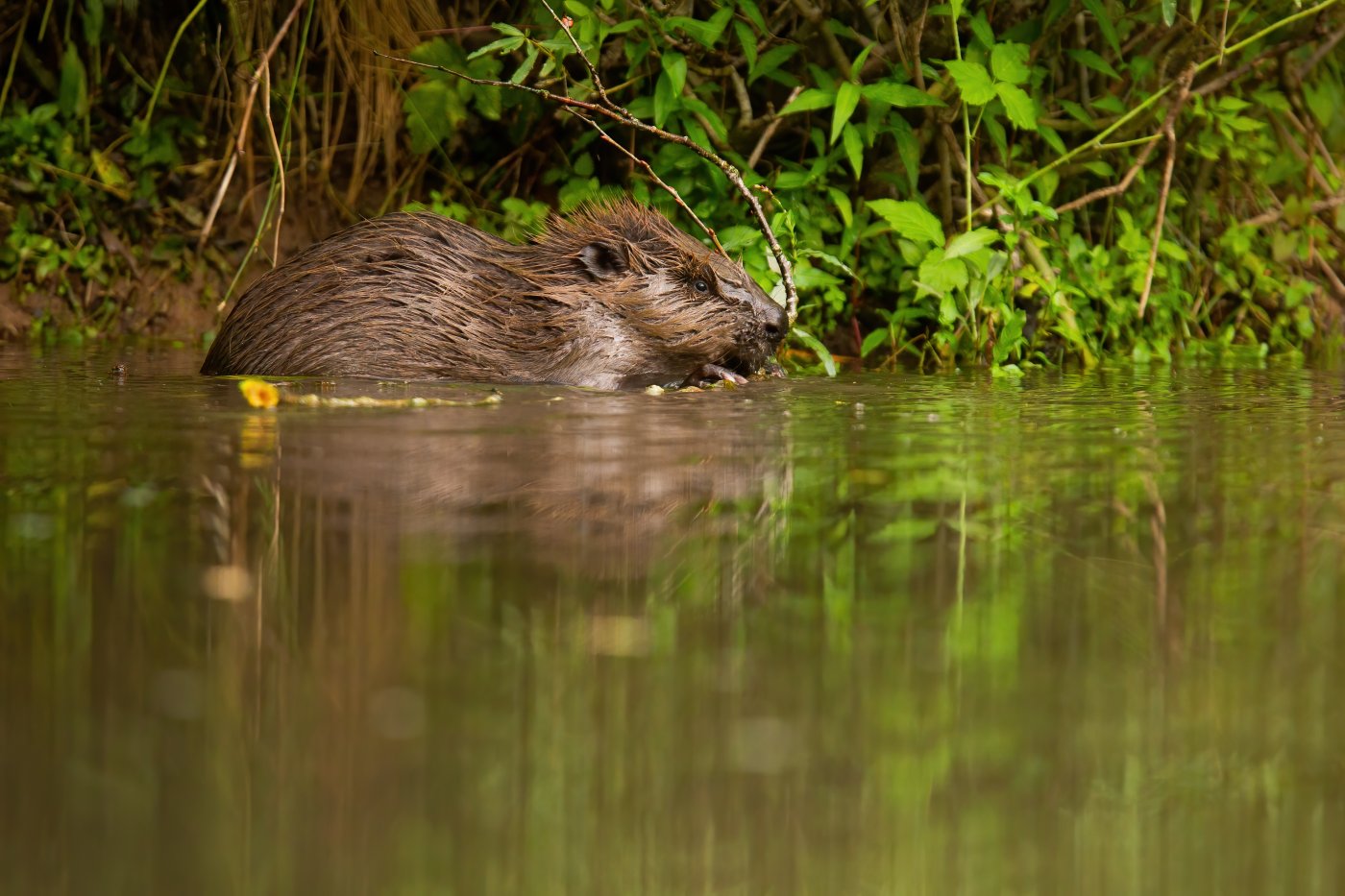 Basking sharks’ large black dorsal fins glide slowly through Scottish waters, their tail tip or snout often visible above the waves. The second-largest fish in Scottish waters, these sharks are fueled by plankton, which they filter out of the water that their enormous wide mouths capture. These beautiful beasts are most commonly spotted during the summer months from boats or cliffs. 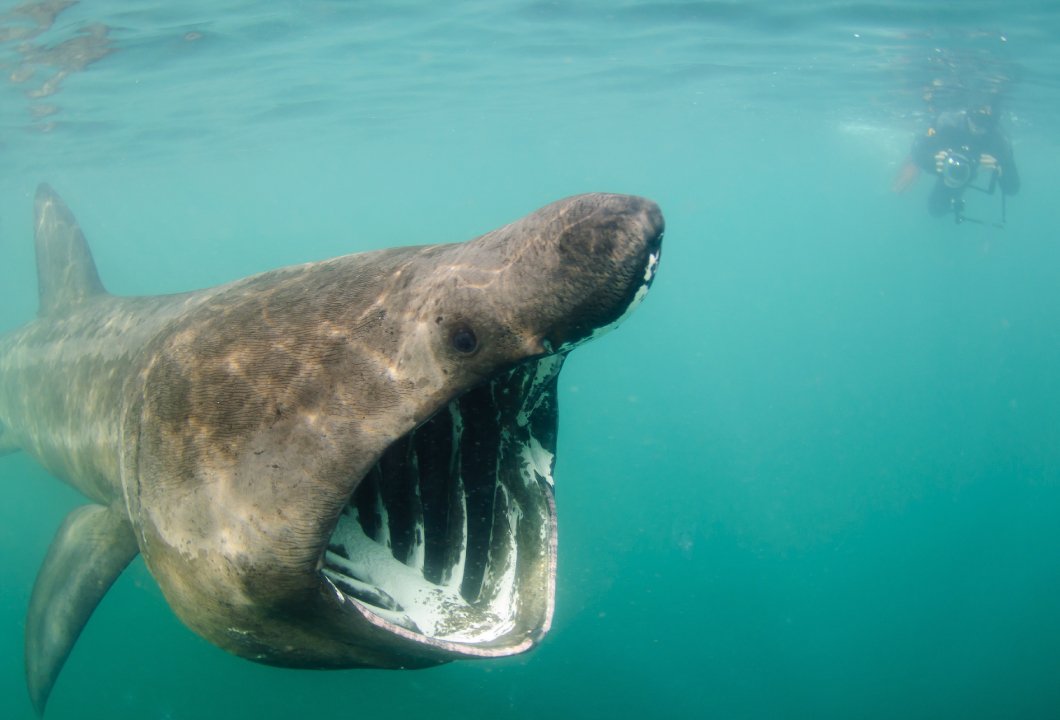 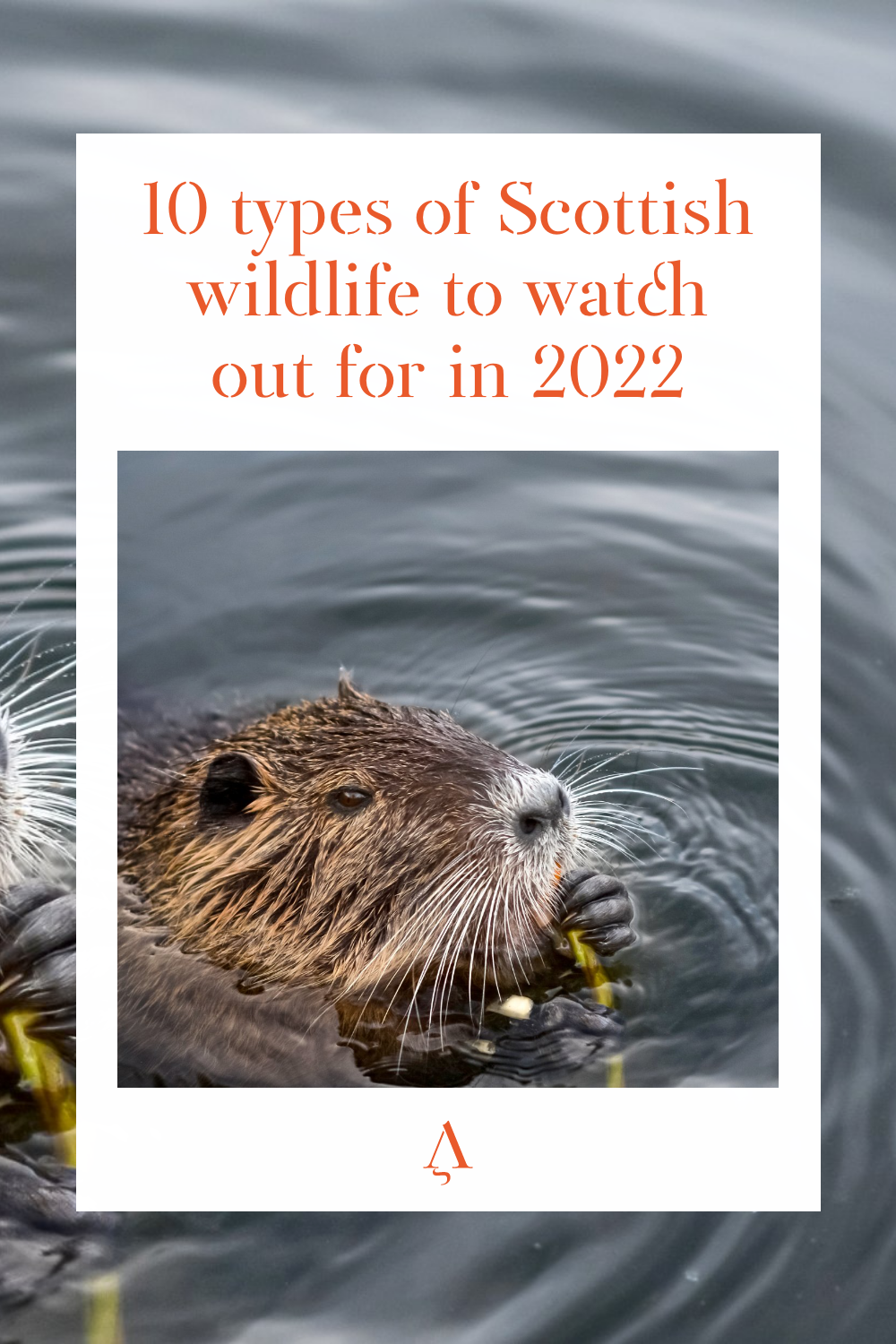