Approximately 10 miles along the winding road, sits a garden shed at the side of a small cottage, with the a sign saying 'open' above the front door.

But it’s not any old shed – completely renovated, and dubbed “the UK’s most remote curry shop”, Black Rock is the brainchild of David Gill. It was set up by the former merchant navy officer, three years ago, after family and friends constantly raving about his cooking. 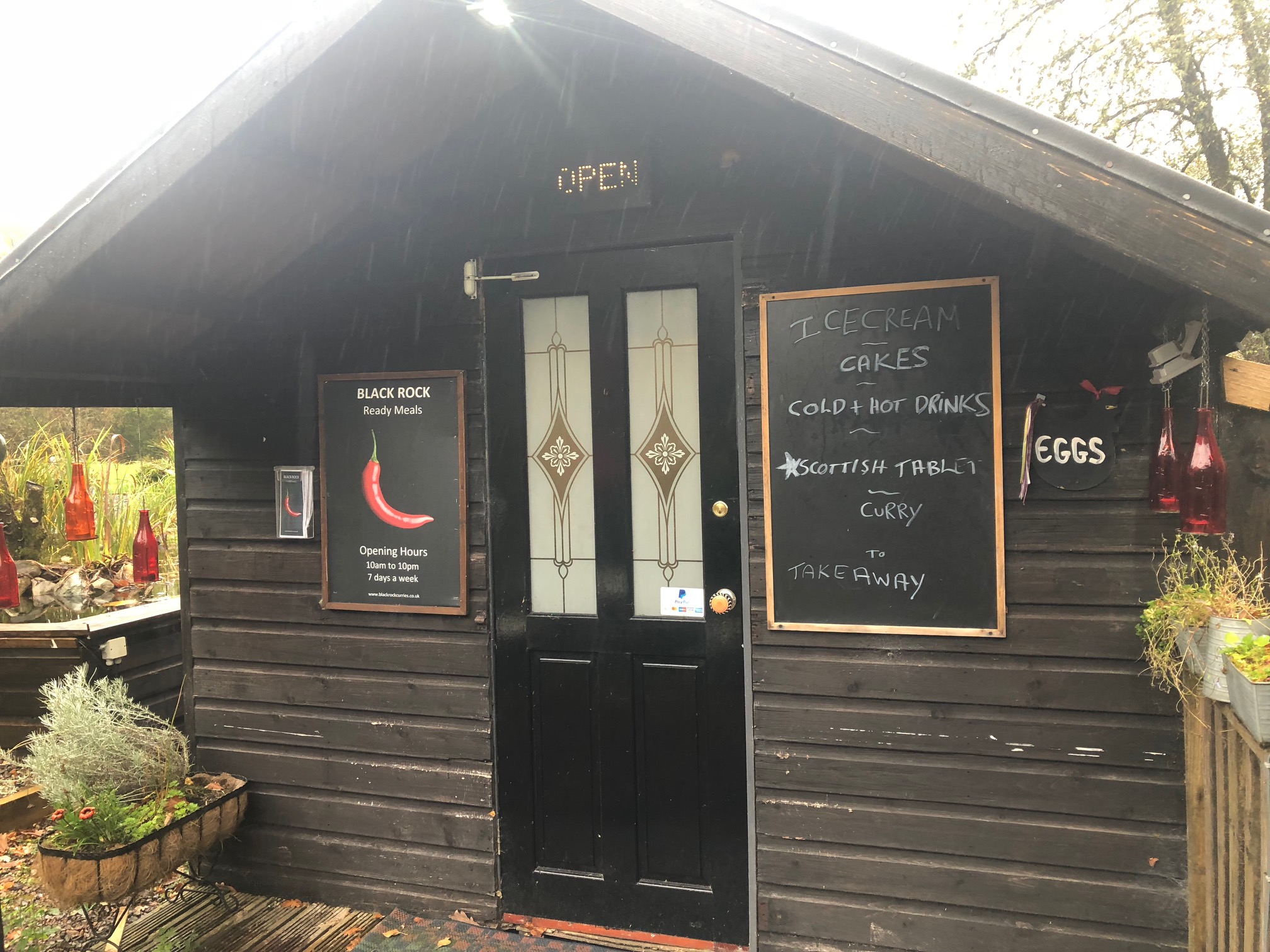 The shop hosts an extensive range of homemade cuisine, with tasty curries from chicken korma and lamb chasni to prawn bhuna and the best-selling ‘garlic chilli chicken’. It’s very reasonably priced, with main dishes from just £4, rice at £1, and drinks from a mere 30p.

But just how popular are Black Rock curries?

“We had a customer in last night who purchased 24 curries” said David, “often people will travel from as far afield as Fort William and Campbeltown, armed with freezer boxes”.  It’s not just the locals who frequent the small village of Inverinan for a tasty treat; Black Rock is becoming a regular detour for self-catering guests on the west coast of Scotland. 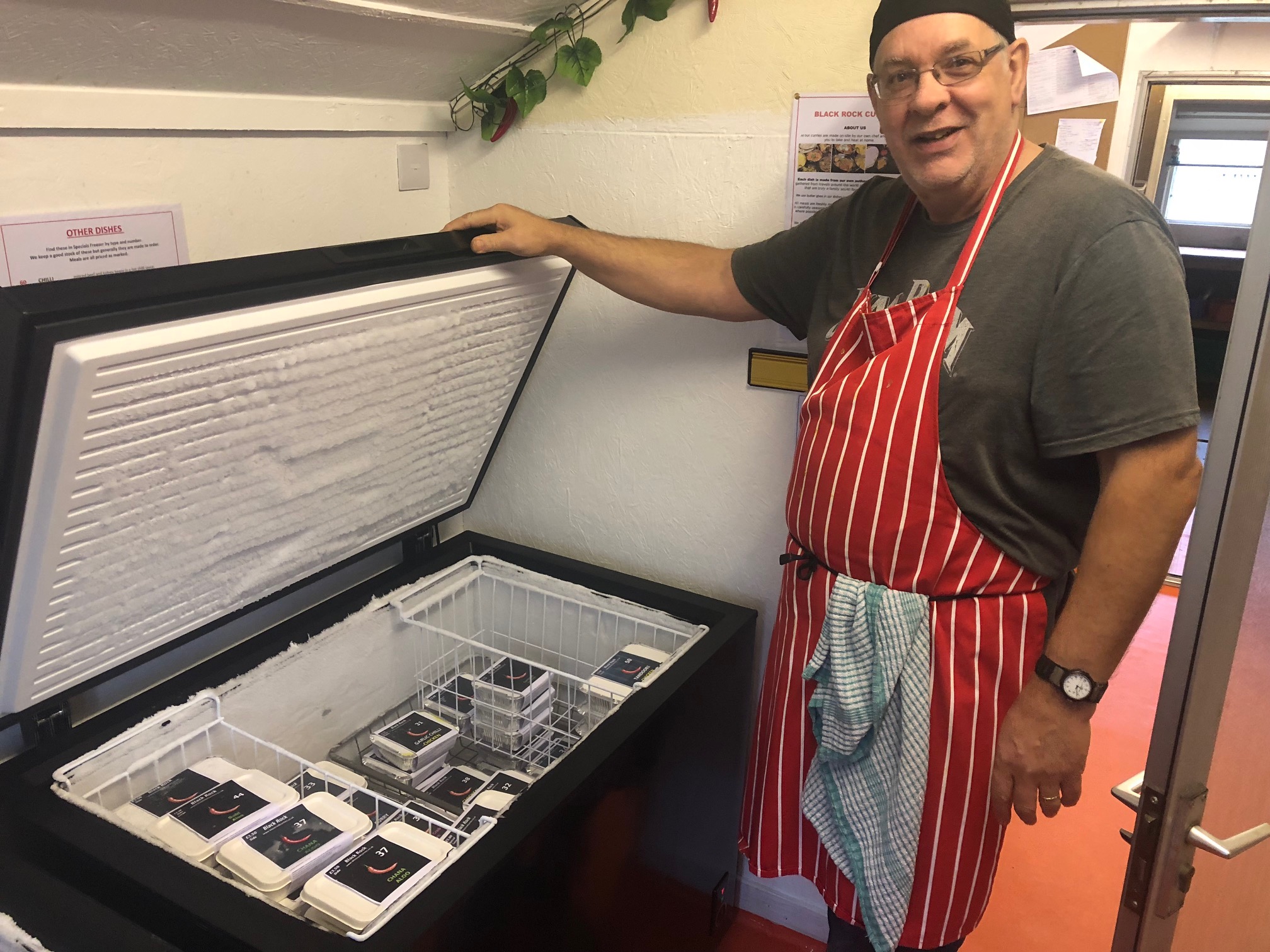 With the shop open 10am-10pm, and online orders being taken on a daily basis, convenience is really at the top of the list for this hidden gem. There’s even an honesty box for when David and wife Joanne are not around.

Black Rock Curries is just 12 miles from Argyll Holidays’ Loch Awe Holiday Park – and is unmissable during your trip to Argyll. 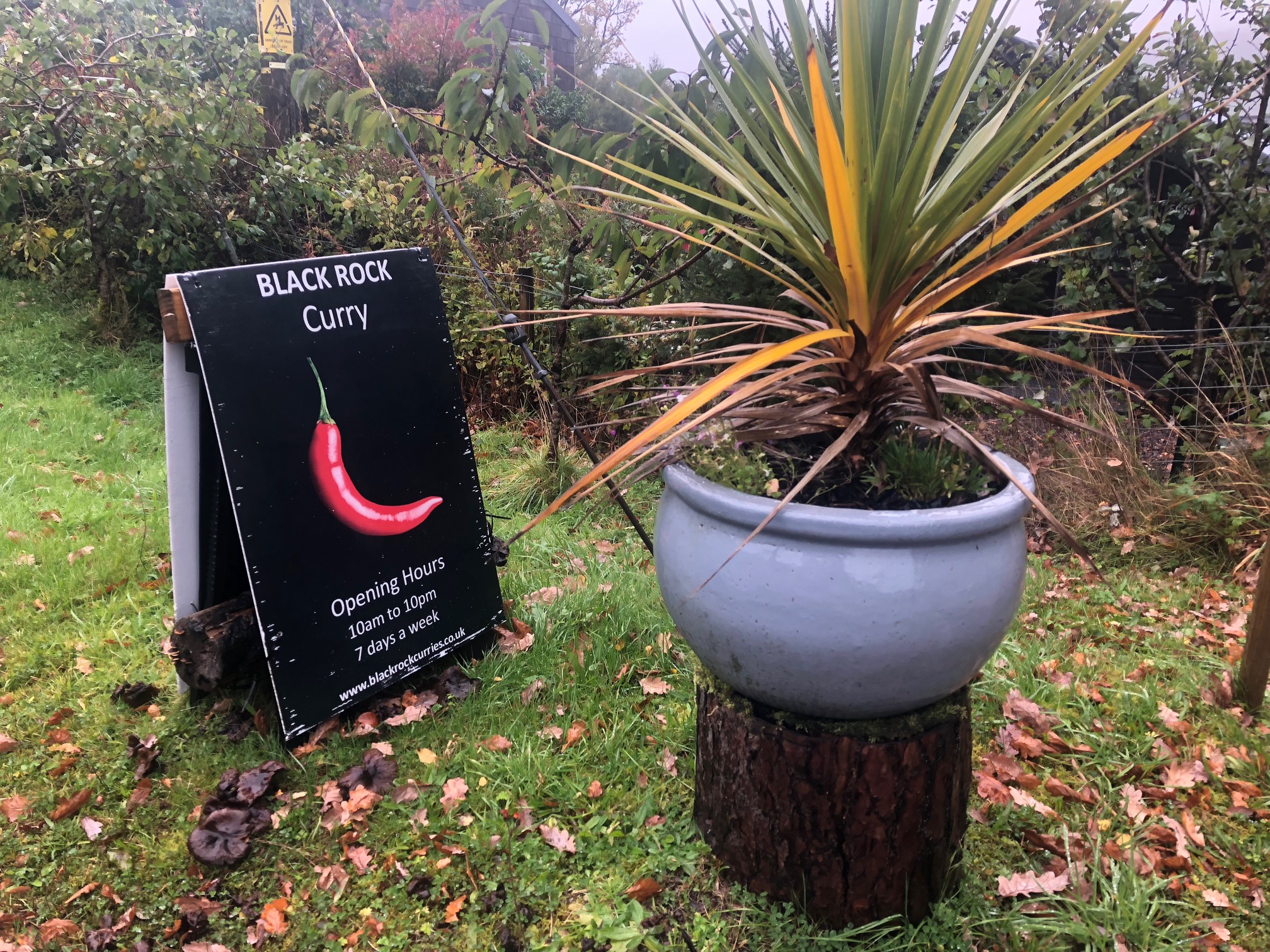