Happy Halloween from all of us here at Arrrrrrgyll Holidays!

Argyll is rich in heritage – so it should come as a shock to no-one that we’ve got our fair share of gruesome stories. This season, we’ve been diving deep in Argyll’s spooky history, and to celebrate we’ve pulled together a list of our most haunted locations…

Probably the grisliest tale in Glencoe’s history took place on the 13th of February 1692. The legend tells of a group of soldiers infiltrating the area as guests of Clan Macdonald. While the clan lay sleeping, the soldiers attacked! While many were brutally slain, other members of the clan are reported to have fled to the surrounding mountains (ultimately dying of exposure in the bitterly cold weather).

In more recent times, explorers have claimed to see ghostly enactments of the slaughter, or even screams in the glen around the anniversary of the incident. 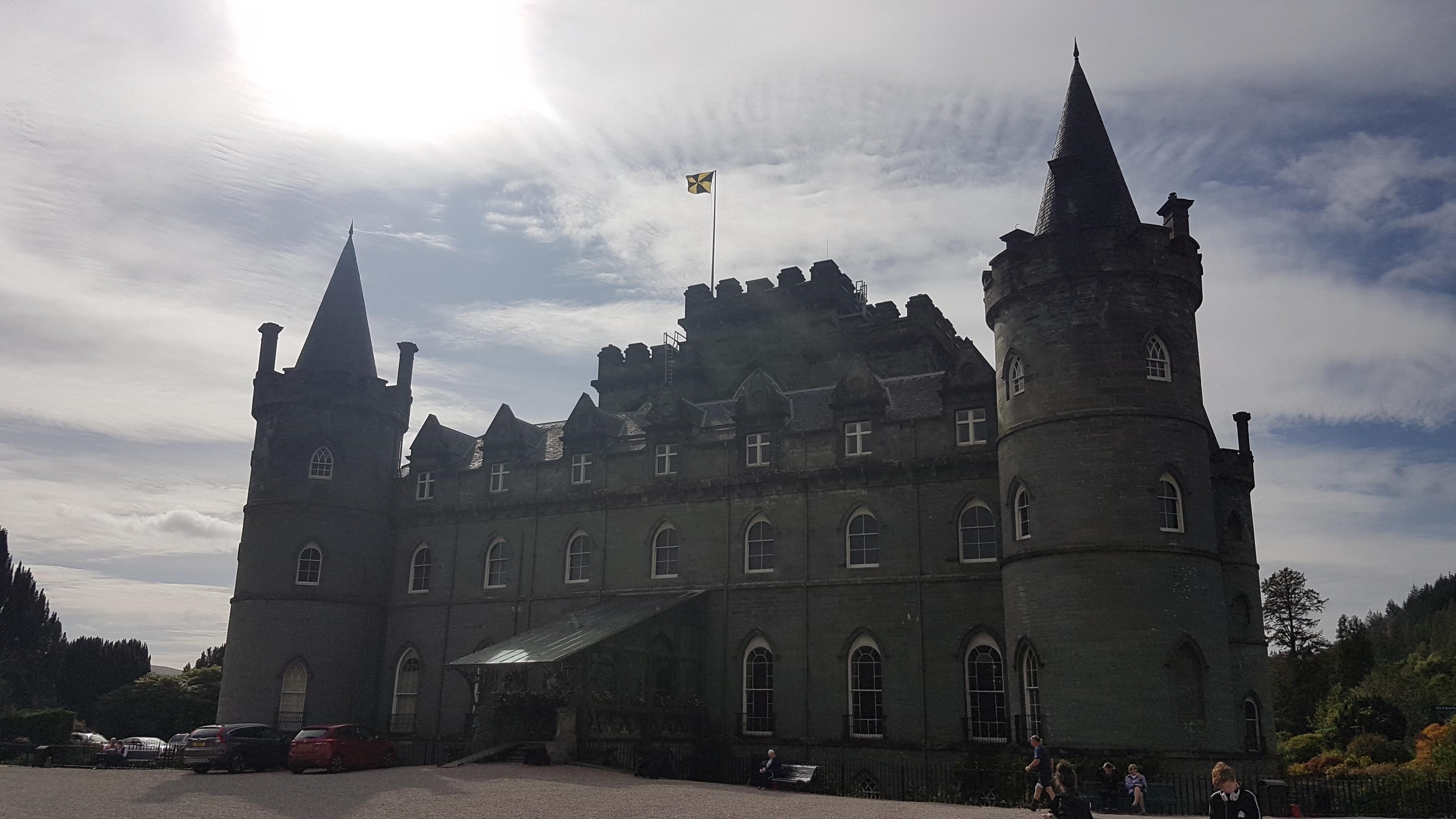 Inveraray Castle, set on the stunning shores of Loch Fyne, is one of the most haunted locations in Argyll. With a number of ghosts said to be inhabiting the castle, it’s hard to choose just one to comment on…

There are tales of a young Irish Harpist haunting the MacArthur Room, reportedly since her brutal murder on the grounds. Or the story of the ‘Grey Lady’, who can only be seen by the daughters of the Duke of Argyll. Or most scary of all, the ghostly ‘Galley of Lorne’, who can only be seen floating away on the horizon when a Duke dies… 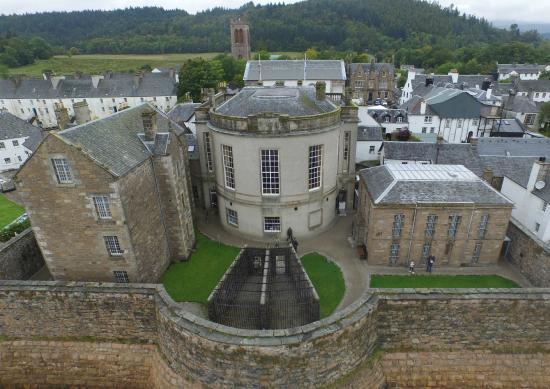 Inveraray has two for the price of one when it comes to haunted locations in Argyll. Since opening its doors as a museum in 1989 – visitors are able to see the magnificent courthouse where court cases are re-enacted from real historical records.

However, since its launch, the jail has earned a reputation as one of Scotland’s most haunted locations – featuring spooky apparitions and sounds appearing for visitors and staff. Reports include the presence of an aggressive guard in the prison building, the noise of tapping against the metal bars, overwhelming feelings of sadness when entering the building and unexplained temperature fluctuations.

Located on Oban Bay, overlooking the west coast of Scotland – Dunollie Castle has its own haunting history.

Way back in 1971, a group of scouts were exploring the ruins when they seen an apparition of a highland piper float past the window outside. He was dressed traditionally, but appeared to be semi-transparent, with the scouts and their leader able to see the background trees through his body. The scouts mentioned this to the castle owner, who was very familiar with the sight – stating that the piper was practically a part of the family! 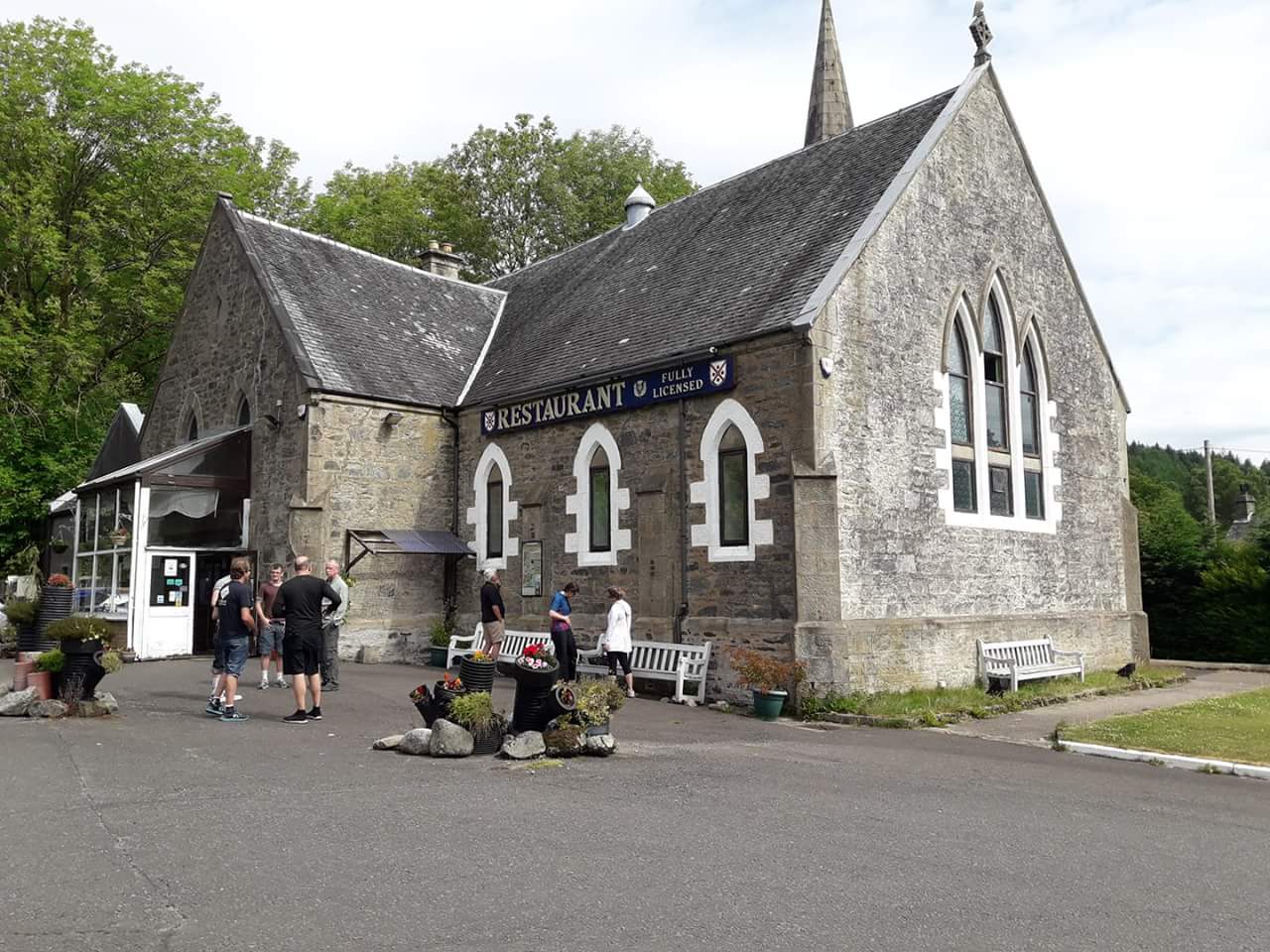 Known historically as the stomping ground of Vikings on their way from Loch Lomond to Loch Long – The Slanj has had its fair share of hauntings over the years.

Most recently, reports of a malevolent presence have haunted the kitchen – staff have tales of a male figure causing havoc. It’s unclear what the spirit’s motivation is, but staff are wary, knowing that he has previously moved things around the kitchen, and can affect some staff members more than others.

Other reports include a ghostly black cat that lingers on the stairs, and the feeling of being watched late at night.

Autumn is a perfect time to visit our Argyll Holiday Parks, but if you need a little more persuasion, read 10 Things About Autumn in Argyll That Will Leaf You Smiling